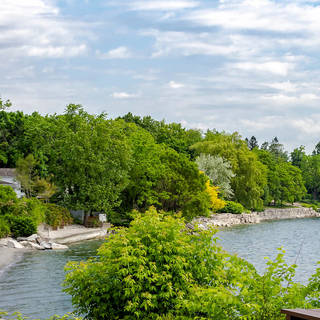 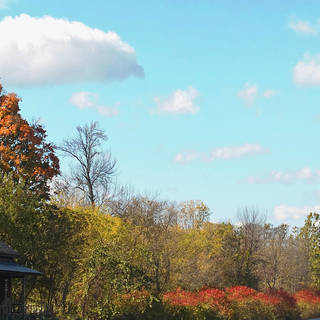 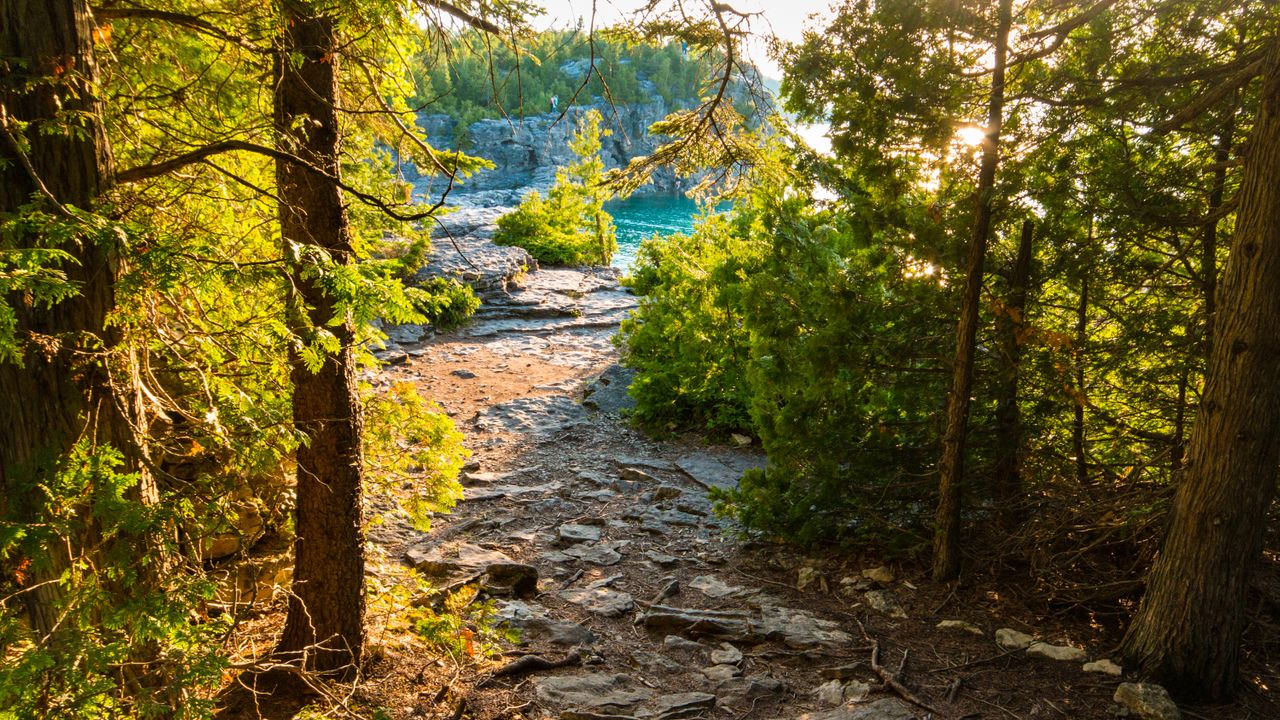 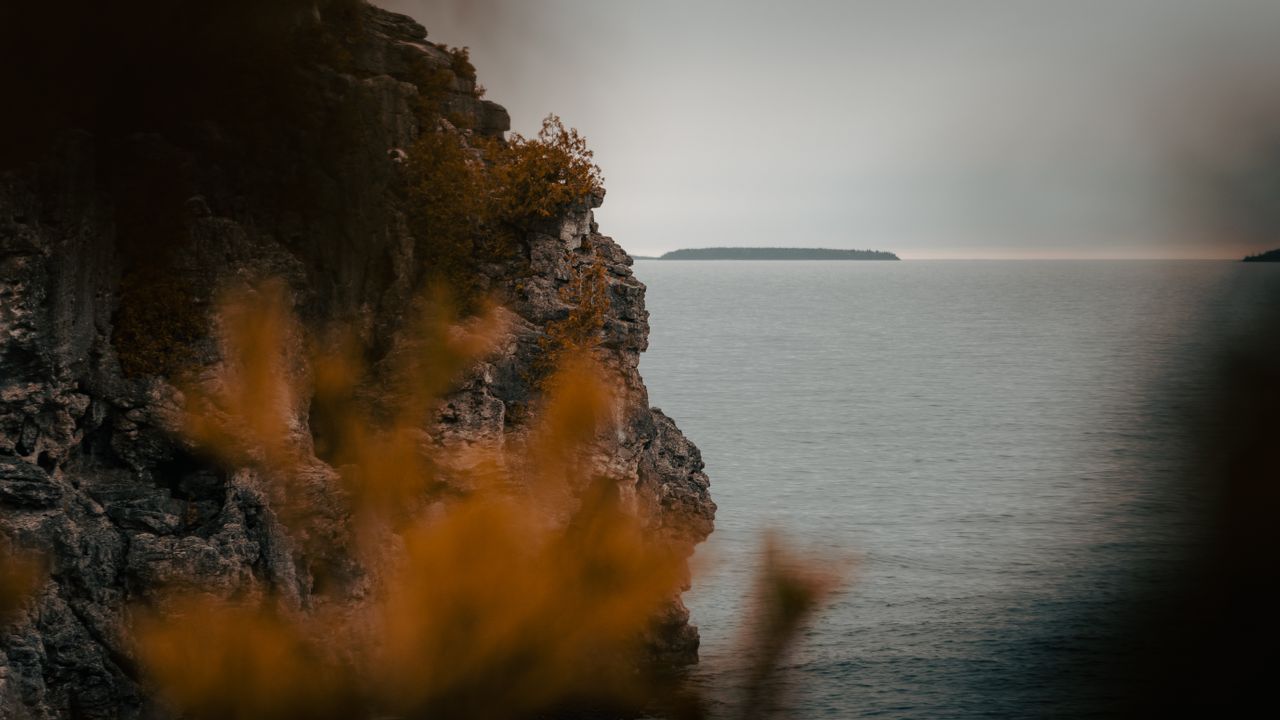 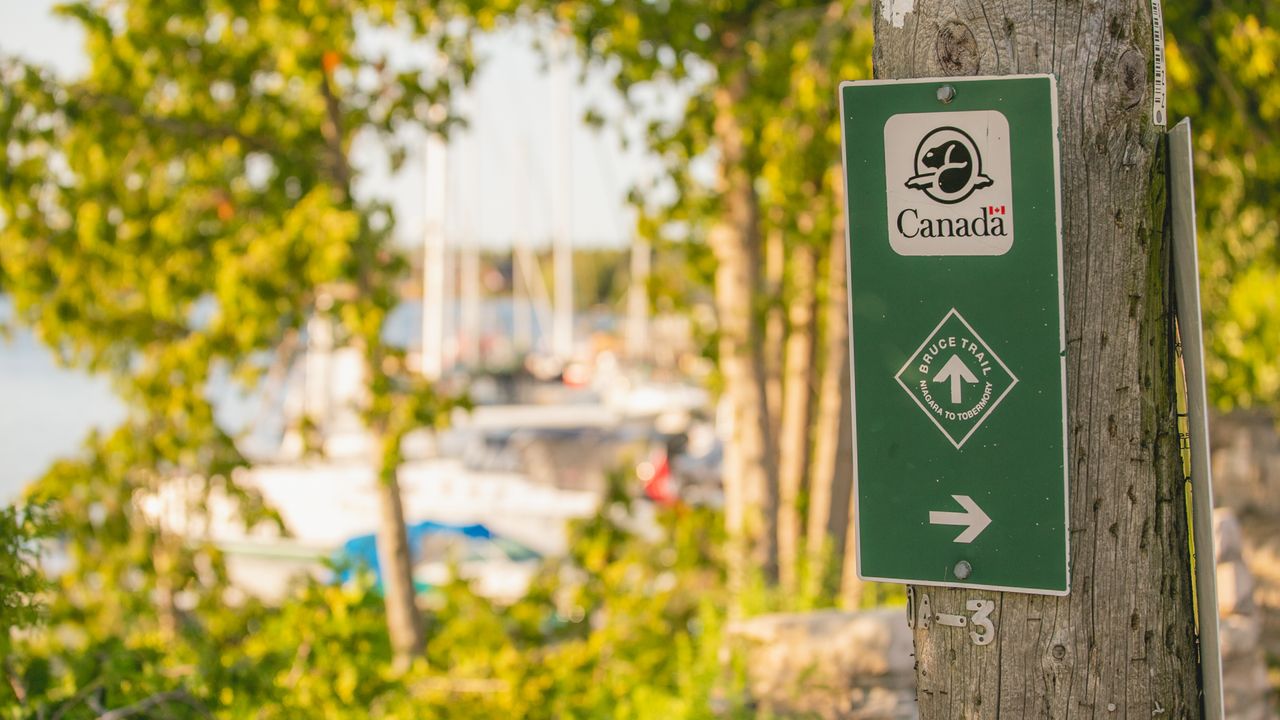 The longest and oldest waymarked hiking track in Canada, the Bruce Trail is 880 km (550 miles) long and is located in southern Ontario. The trail mainly follows the edge of the Niagara Escarpment; a rock formation that has been formed over millions of years by the erosion of rocks of different hardness, the softer, underlying rocks being gradually eroded leaving the more weather resistant dolostone cap rocks standing like a cliff, the escarpment. In a UNESCO World Biosphere Reserve, the trail has an incredible species diversity along with some stunning and dramatic scenery; views that seem to go on forever. Along its route it passes through a range of different habitats; wetlands, woodlands, cliffs and coastlines, swamps and savannahs as well as having an additional 400 km of sidetracks.
Rather undramatically, the cairn marking the southern terminus of the trail is in a car park in Queenston, Ontario, a couple of hundred meters from General Brock’s Monument on the eastern side of the park grounds not far from the world-famous Niagara Falls. The northern terminus is at Tobermory, on the tip of the Bruce Peninsula. Divided into nine sections, each section is looked after by a subsidiary of the Bruce Trail Conservancy. To keep a continuous route, the trail runs through both public and private land, landowners allow hikers to pass through their land as long as they are respectful, keep to the trail, and keep moving. This means that you may only camp at designated campsites along the trail or at accommodation close by. There are some campsites along the route but they are few and far between, it is not possible therefore to do a thru-hike only by camping and you will need alternative accommodation at times. Wild camping is considered trespassing and is not permitted.
The trail difficulty varies, but for the most part is not difficult or dangerous although there are a few areas, mostly in the northern section which are wild, rocky, and rather challenging, requiring some climbing; good boot grips are a must as rocks can become slippery in the rain. The total elevation gain on the trail is 67088 ft.
Summer is the best time to walk the trail although it is open all year round. Expect snow in winter. The weather here is rather changeable, often rainy and the summers may be cool, especially on the peninsula. Always carry waterproof and warm clothing.
A thru-hike will take around 30 to 40 days and resupplying will often involve walking a fair distance off-trail or arranging with the trail angels to collect you to resupply or drop off pre-sent food boxes. There are water points along the trail, but these may not be enough for thru-hiking but there are creeks, streams, etc, although the water will need to be filtered. Dogs are not permitted on some sections of the trail.