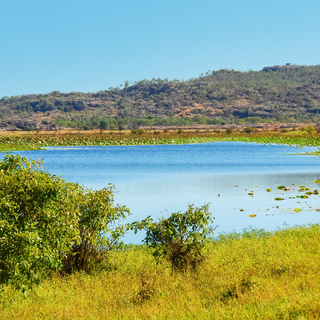 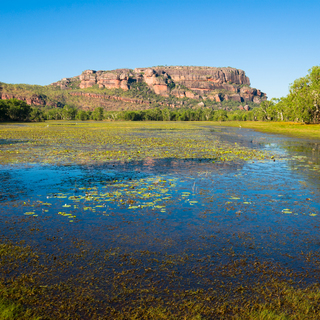 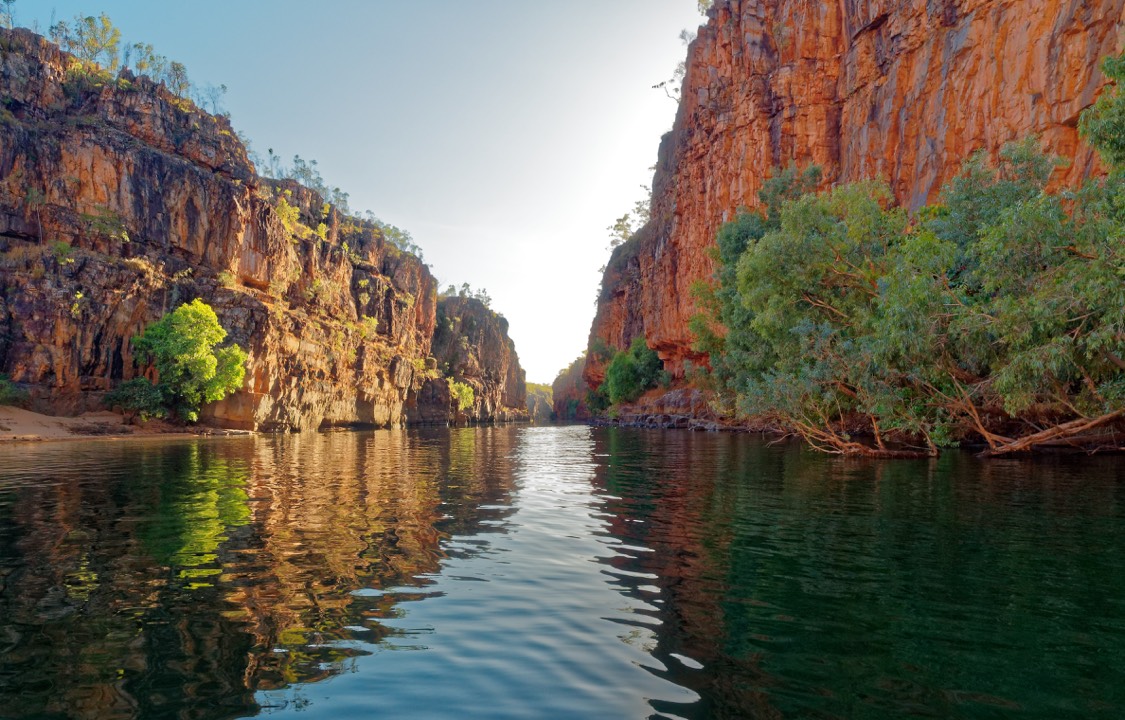 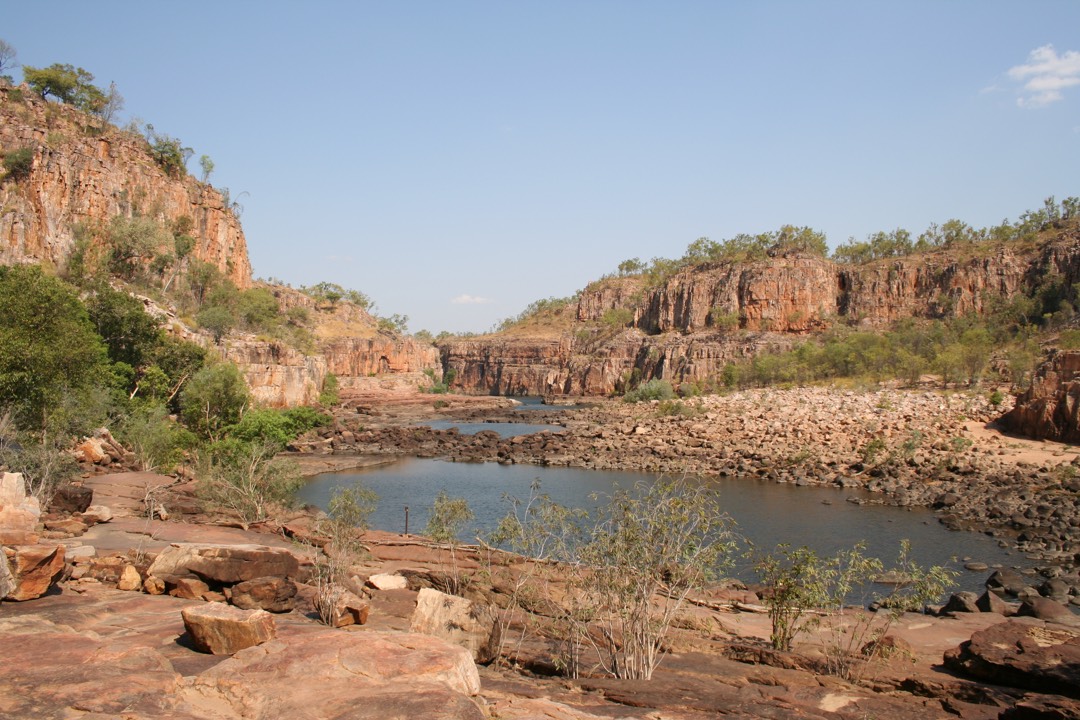 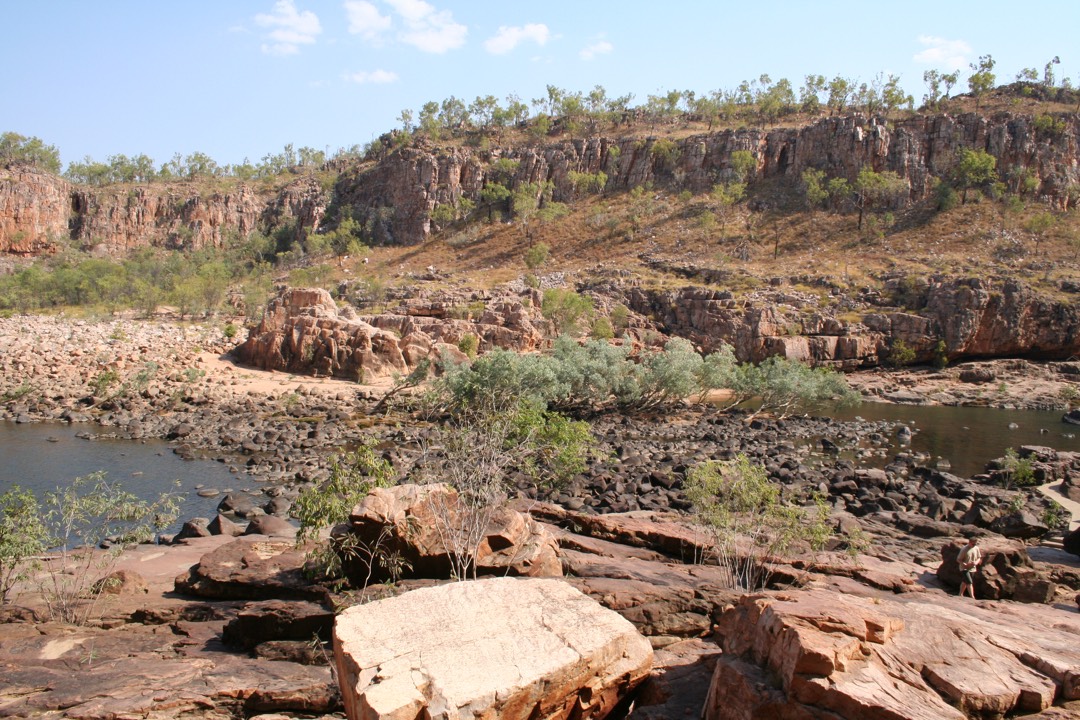 Named after Peter Jatbula, an Aboriginal man who secured land rights for his people, the Jawoyn, the Jatbula Trail is found in the Northern Territory of Australia. It is 62 km (39 miles) long and is a one way walk starting at Nitmiluk Gorge in Nitmiluk National Park and ending at Leliyn, also known as Edith Falls. This trail follows the western side of the Arhnem Land escarpment and was traditionally travelled by the Jawoyn people. Passing through diverse  landscapes; open forests, woodlands, sandstone plateau, monsoon forests, the scenery is said to be spectacular, with its waterfalls, plunge pools and gorges. Learn a little about aboriginal culture as well along the way.
The trail is considered to be easy to hike with a total elevation gain of 1457 ft, but the temperature can be very hot and there may be dangerous animals; snakes, crocodiles, scorpions for example, so maybe not a trail for the faint hearted.
Reservations on the trail are essential and valid ID needs to consistent with the name on the booking confirmation, which also acts as the permit. Reservations are open from November for the following year, but can be quickly taken as it is a popular trail. The number of walkers on each section is restricted to just 15 per day in order to avoid overcrowding on the trail and campsites. Overnight stays at the campsites are also compulsory, (except for Sweetwater Pool, the last campsite), making the trek five or six days long. The cost for each campsite is around 4 AUS $.
The best time to walk the trail is from the beginning of June to the end of September when the daytime temperature is around 30ºC and nighttime temperature is around 10ºC. From mid August the temperatures begin to rise and by October they can be over 40ºC. It is possible to walk the trail in the wet season (December through to April) but it is difficult due to high humidity, heat and rain. Also, possible storm damage to sections, along with flash flooding and deeper creeks and rivers make the trek more arduous. Salt water crocodiles are an increased risk in the wet season as is the presence of buffalo on the trail. Any walker attempting it at this time therefore needs to be experienced and very well prepared. Special permission is also required, in writing, from the park authority.

Find more information on this trail and hundreds more over at https://www.trailhiking.com.au/