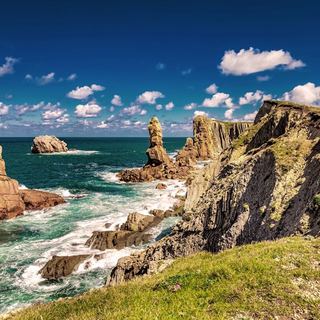 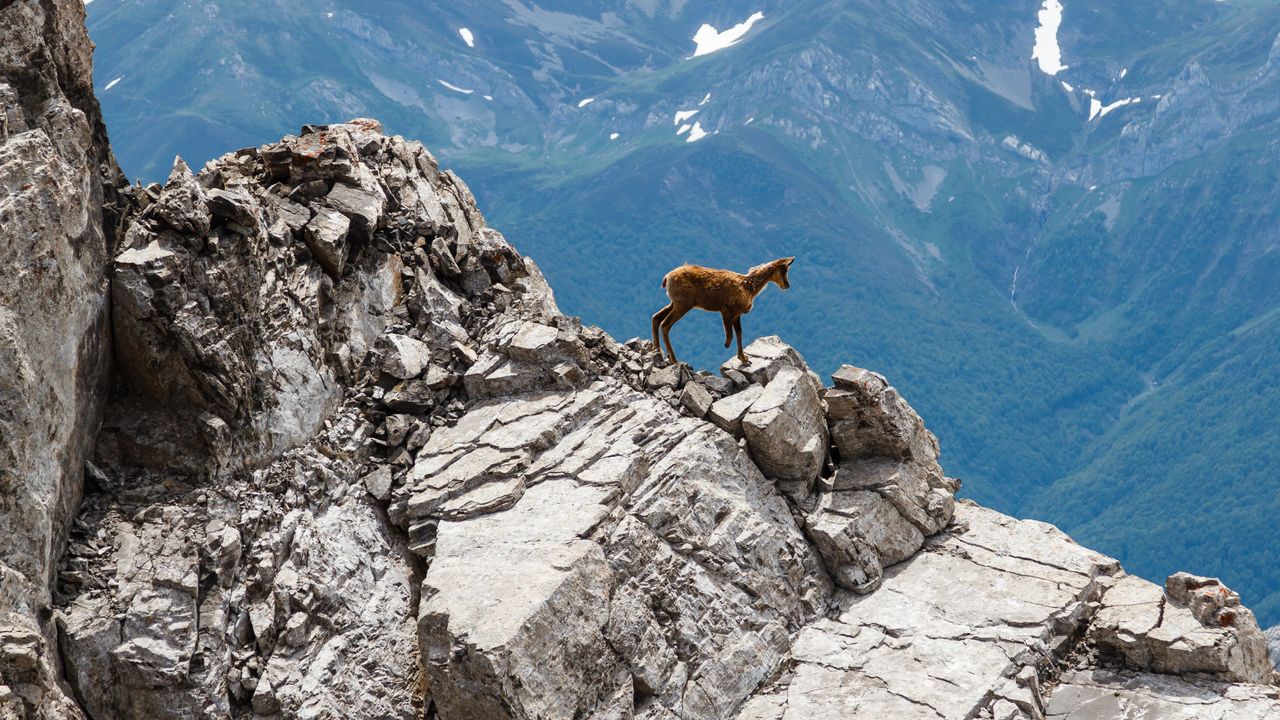 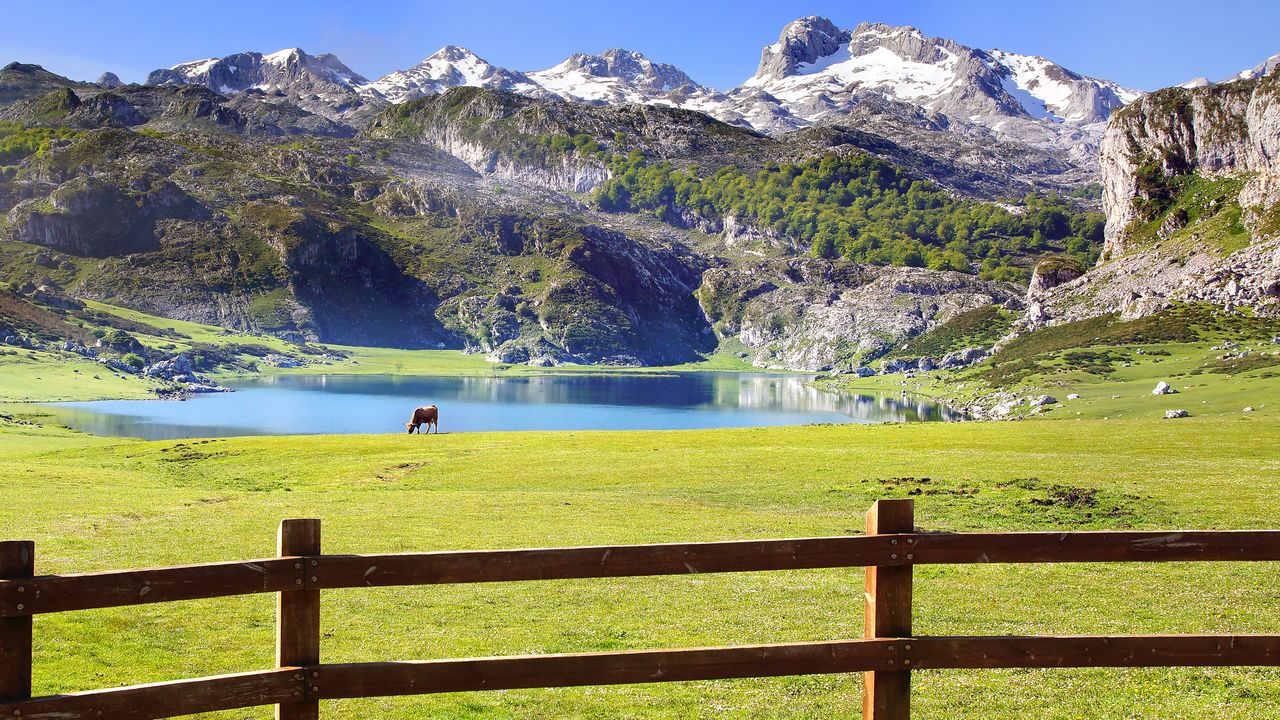 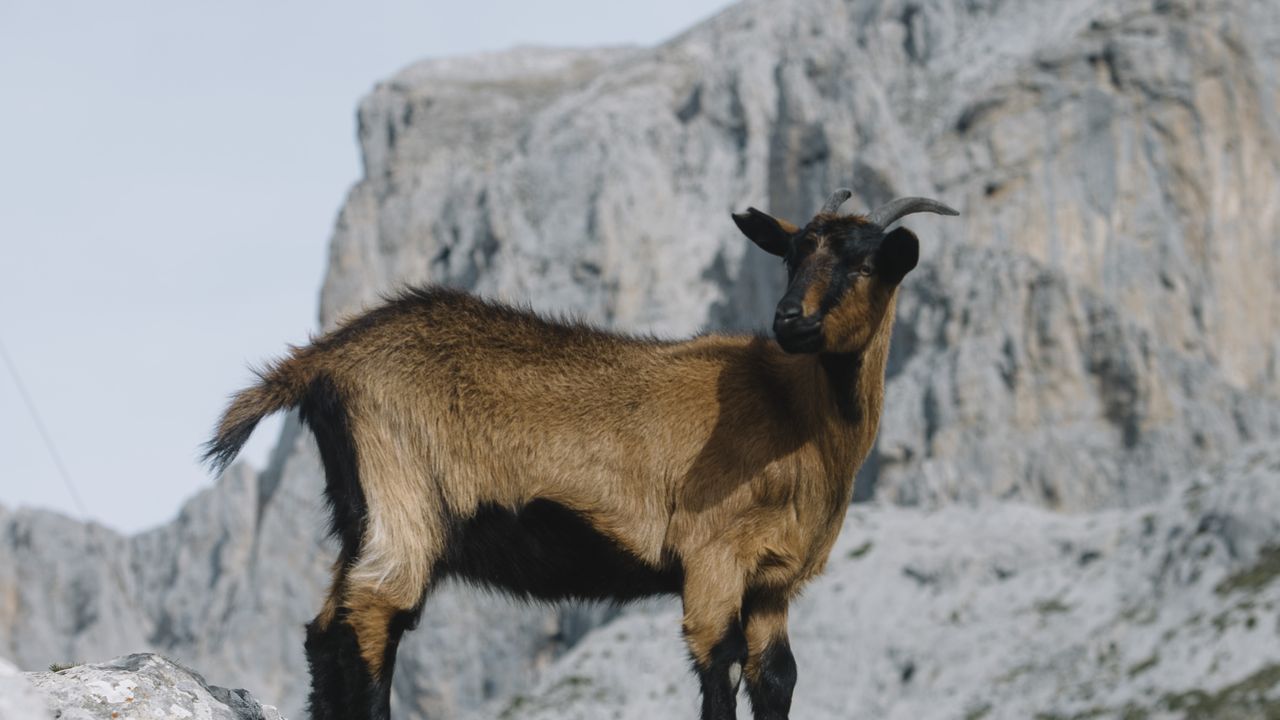 The Picos de Europa, (The Peaks of Europe) is a mountain range and national park in Northern Spain between Cantabria, Asturias, and Castilla y León. Containing many hiking trails, the most spectacular one (and hardest) is the Anillo de Picos, a loop trail of 93 miles (124.7 km). A very popular place to begin the trail is in the town of Camaleño, just over two hours drive west from Bilbao, where you take the Fuente Dé cable car from the town to access the trailhead (here will also be your finish point). Mostly on mountain footpaths, it is classified as a difficult trail; there is a total elevation gain of 42 596 ft and there are some hard sections, making it quite a challenge. The stunning scenery, however, more than compensates for the physical trial, with the majestic peaks, deep ravines, glassy lakes and green mountain pastures, it really is quite spectacular.
Located in the region of Spain nicknamed ‘Green Spain’ it is no surprise the vegetation here is so lush as it rains pretty much all year round, although the driest months are July and August. But being mountainous and not too far from the sea, the weather can change quickly and the cold and rain can take you by surprise at any time. Thick fog is also common in the Picos. June and September are good months for hiking here; the weather is milder and the days long, plus there shouldn’t be too many other people to share the trail with. Nature enthusiasts may prefer the spring or autumn though, the national park is part of a bird migration corridor and the wild mountain flowers in spring are simply beautiful. Whatever the season, however, the park is home to a host of wildlife; otters, chamois, golden eagles, and rare bearded vultures being some of the highlights. It is a designated UNESCO Biosphere Reserve due to its biodiversity.
There are high mountain refuges and village hostels along the trail which offer basic food and sleeping arrangements and are generally open from just before Easter to early December. Wild camping is only authorized in the park at over 1,600 m of altitude and tents are only allowed to be put up one hour before sunset and must be taken down within one hour after sunrise. Fires here are strictly forbidden. Water in the park may be scarce in summer and autumn and should be filtered before drinking, also it is prohibited to swim in the lakes and rivers. Mobile phone reception in this area can be rather patchy so be prepared to go without at times. Although dogs are allowed in the national park, (provided they are kept on a lead) the trail is not recommended for them, there are some very steep and strenuous sections not suitable for canine companions. This trail takes about ten days to complete.